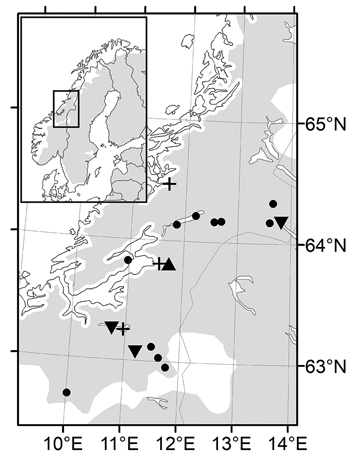 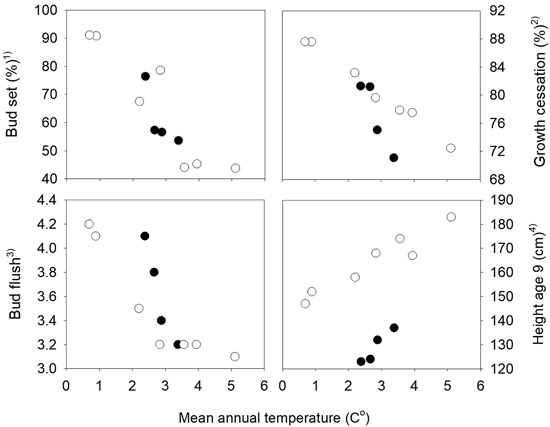 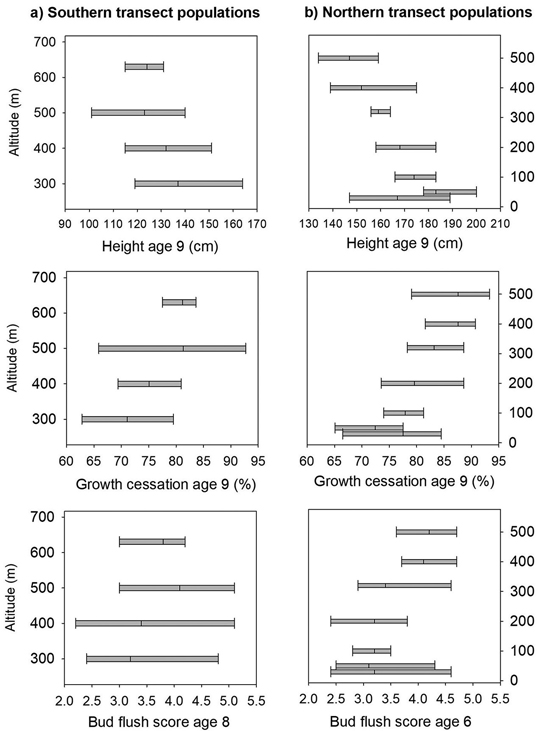 Fig. 3. Norway spruce populations and families from Mid-Norway. Means and range of variation shown for height, shoot growth cessation and bud flush score in the short term trials for the southern (a) and northern transect populations (b), ranked according to altitude. 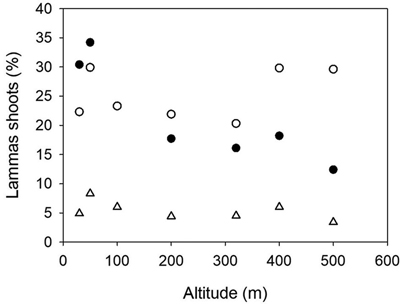 Fig. 4. Norway spruce populations from Mid-Norway. Relationship between the percentages of trees with lammas shoots at Kvatninga 2000 (white circles) and 2003 (triangles) and Stiklestad 2003 (black circles) and the altitude of the populations.