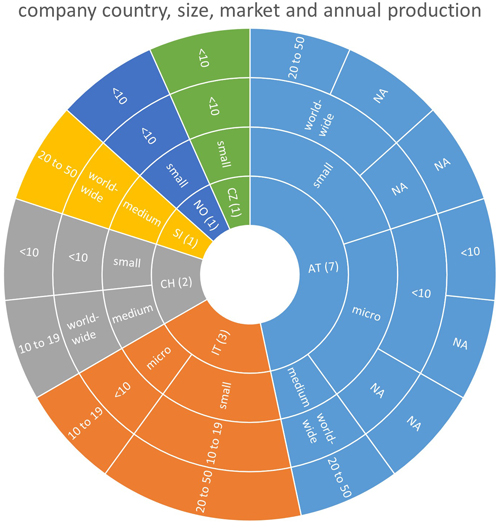 Fig. 1. Company country and number of companies per country in bracket (innermost circle; AT = Austria, IT = Italy, CH = Switzerland, SI = Slovenia, NO = Norway, CZ = Czech Republic), size (second circle from centre; according to SME classification of the European Commission (2017)), market size in terms of the number of countries sold to (third circle from the centre) and average annual number of produced pieces of cable yarding equipment (outermost circle). Wherever NA is stated, this type of information could either not be provided by the companies or they were not willing to share it. 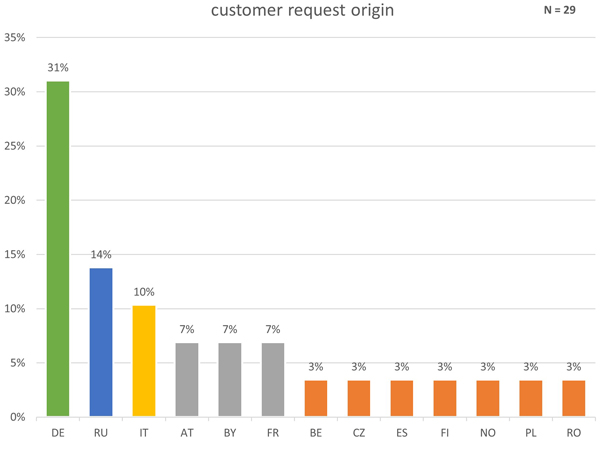 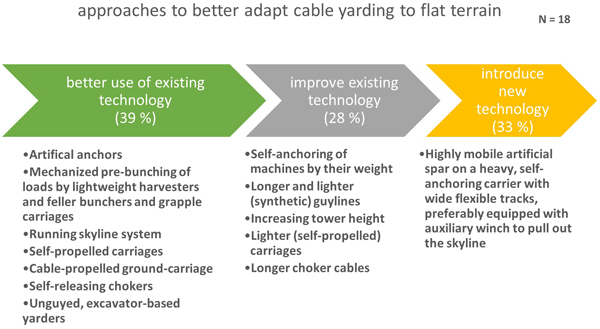