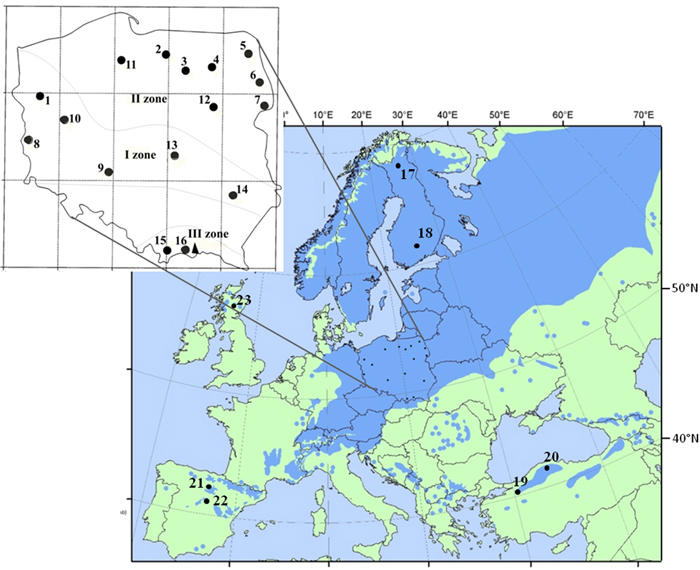 Fig. 1. Location of 16 Polish provenances of Scots pine derived from three climatic zones and reference populations of the species distribution range in Europe and Asia. Population acronyms are as in Table 1. 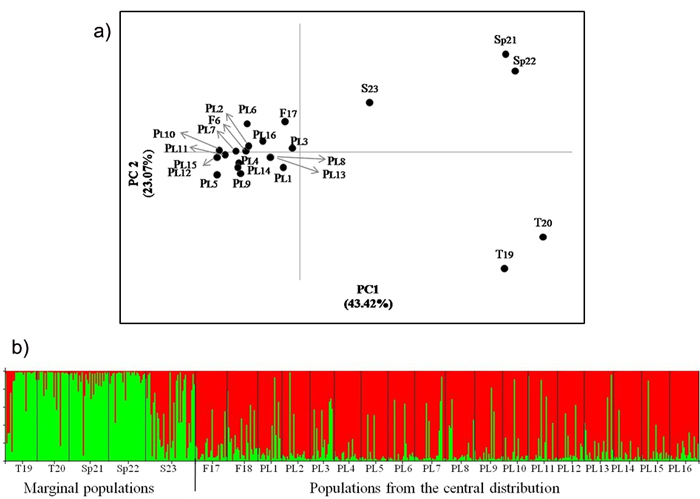 Fig. 2. a) Principal coordinates plot showing the genetic relationship of the Scots pine populations from the wide distribution of this species. The proportion of variance accounted for by the first two axes was 66.49%, b) Assignment of investigated populations to the two genetic clusters (K = 2) found in the STRUCTURE analysis based on nuclear microsatellite markers. Population acronyms are as in Table 1.