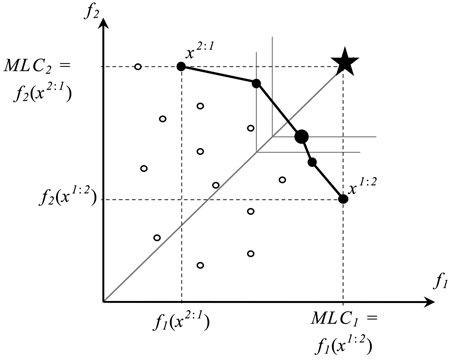 Fig. 1. A set of outcomes of feasible (○) and Pareto optimal solutions (●) of a bi-objective optimization problem. The horizontal (f1) and vertical (f2) axes correspond to biodiversity objectives 1 and 2, respectively, and x2:1 and x1:2 refer to extreme solutions corresponding to values of Maximum Landscape Capacity (MLC) (i.e., Pareto optimal outcomes). The large dot represents the Pareto optimal solution (management plan) that is closest to the ideal plan (star) where all objectives reach their maximal values. The solutions´ points are connected for visualization purposes only. 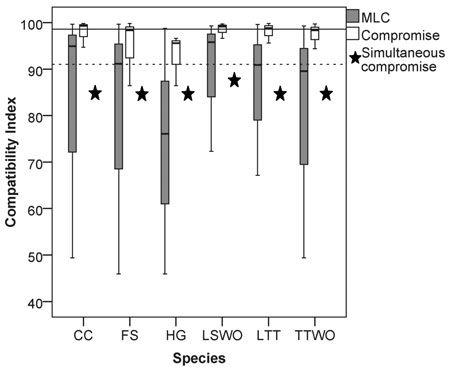 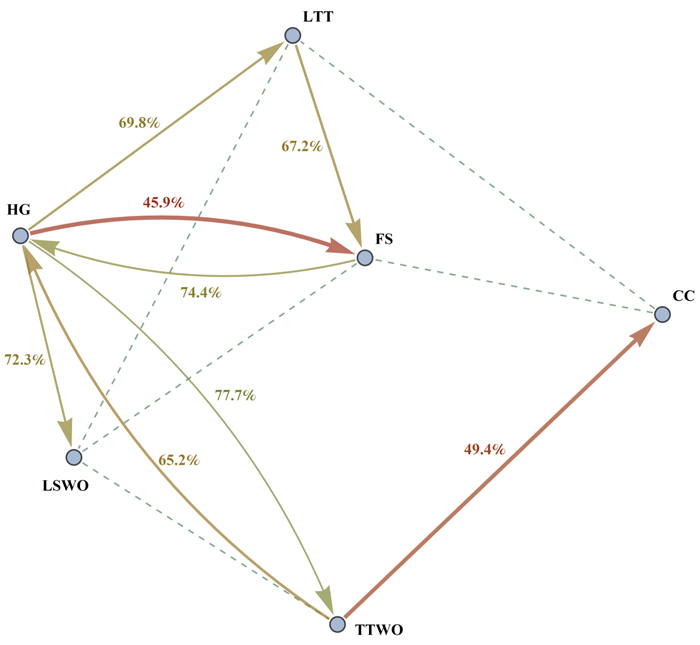 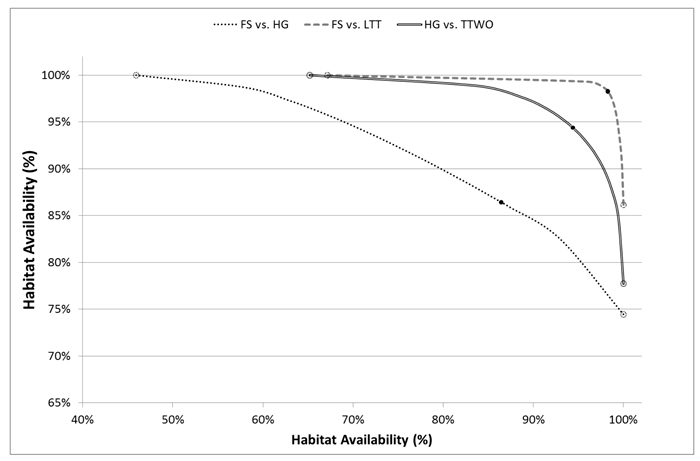 Fig. 4. Trade-off curves for habitat availability of selected pairs of species for which at least one conflict is evident (one of the two compatibility indices is low) plotted in x and y-axes. Solutions deriving from management plans maximizing landscape capacity for single species are pointed out on the curve with empty dots, compromise solutions with black dots. Species abbreviations are in the caption of Fig. 2. 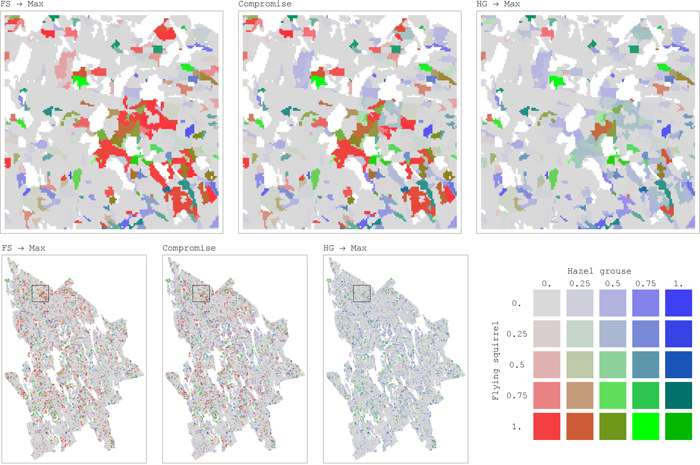 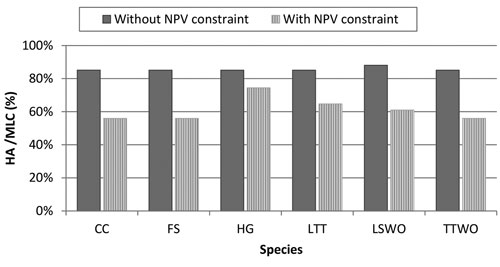 Fig. 6. Comparison of simultaneous compromise solutions for all the six species without and with money constraint. The simultaneous compromise solutions, expressed in terms of percentage Habitat Availability (HA) to Maximum Landscape Capacity (MLC), minimize the loss of habitat among all the species. The management plan obtained by the solution without NPV (Net Present Value) constraint aims at only solving conflicts among all species, the management plan with NPV constraint solves conflicts among all species while obtaining 95% of the NPV from timber extraction. Species abbreviations are in the caption of Fig. 2.