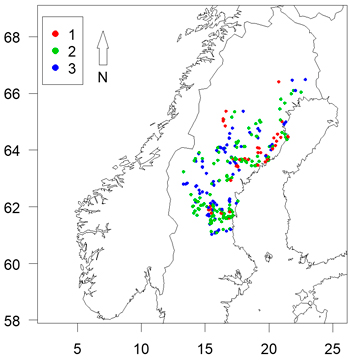 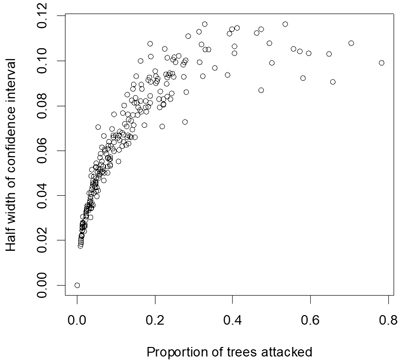 Fig. 2. Half width of confidence interval (α = 0.05) for estimates of proportion of seedlings attacked by pine weevils. 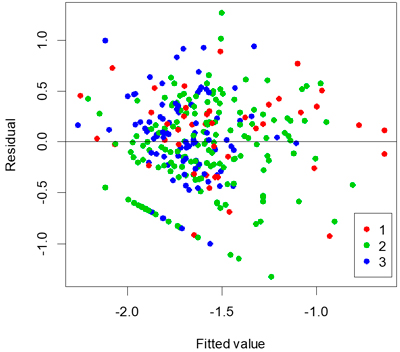 Fig. 3. Residuals versus fitted values coloured by age of clear-cut. 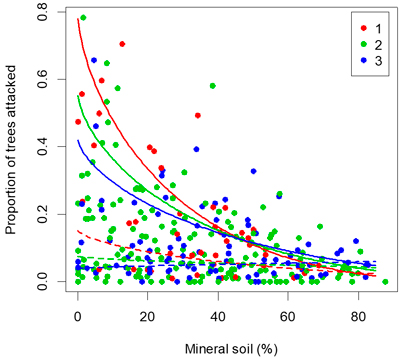 Fig. 4. Proportion of seedlings attacked by pine weevils versus proportion of seedlings planted in pure mineral soil. Lines show the fit of the multi-linear regression. The maximum temperature sum (1267 degree-days) is shown in full lines and the 25th percentile (909 degree-days) is shown with dashed lines. The colour of each point indicates the number of years since clearfelling. 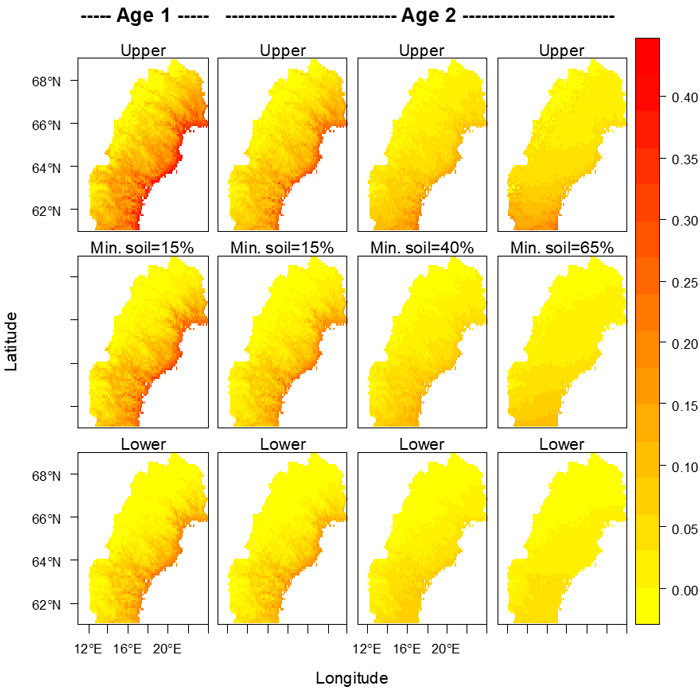 Fig. 5. Proportions of seedlings attacked by pine weevils for clear-cut ages 1 and 2 for several percentages (shown above each column of maps) of seedlings with mineral soil around their bases. The middle row shows the model’s expected values, and the upper and lower 95% confidence limits are shown in the upper and lower rows respectively. Maps were created using R (R Core Development Team 2004). Alpine areas devoid of trees were assumed to be those areas with a mean temperature between May 1st and September 30th less than 7.5 °C (Körner 1998), and in all maps the risk in those areas was set to zero. 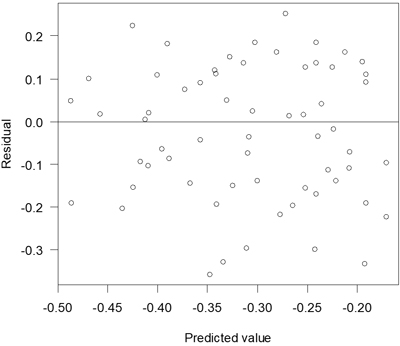 Fig. 6. Residuals versus predicted values for the model of death due to pine weevil attack. 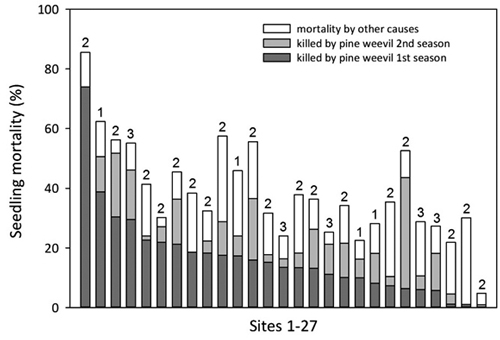