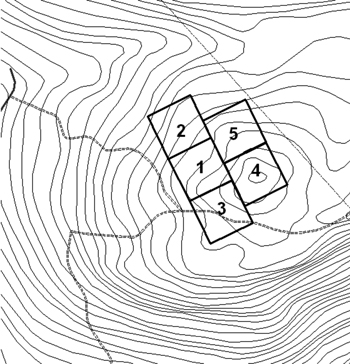 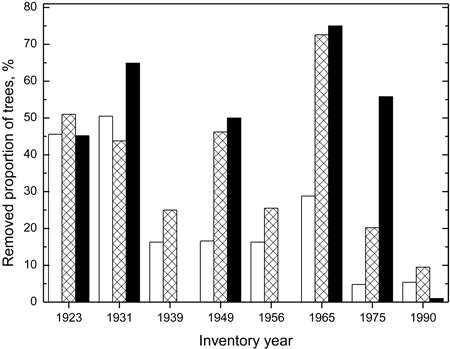 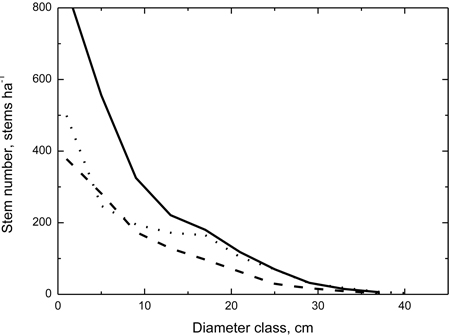 Fig. 3. Diameter distribution for the treatment Selection before (dotted line) and after (dashed line) the initial harvest in 1923, and before harvest in 2006 (solid line). 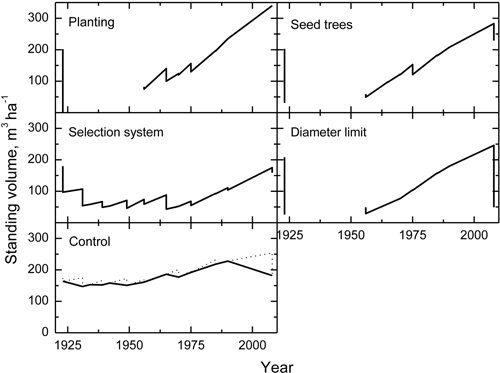 Fig. 4. Development of standing volume during the period 1923 to 2008 for all treatments. The dotted line for the control shows volume including dead trees. For plots Planting, Seed trees, and Diameter limit, only harvested trees were recorded during the first decades. After the initial harvest, standing volume was not recorded until 1956. 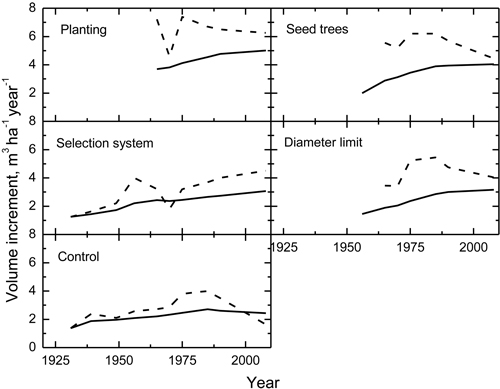 Fig. 5. Periodic (PAI, dashed line) and mean (MAI, solid line) annual volume increment for all treatments from 1923 until the final measurement in 2006–2008 (see Material and methods for details). For plots Planting, Seed trees, and Diameter limit, volume increment could not be calculated until after 1956, because only harvested trees were recorded during the first decades and not the standing volume.