Fig. 1. The miracle of remote sensing. An old-gr..

The persistently developing role of remote sensing in forest sciences

Remote sensing has already a long history. While first remote sensing observations were made from the ground or from hot-air balloons, the use of optical aerial photographs in forestry started about a hundred years ago. After second world war and the developments of applications therein, the visual interpretation of forest attributes from aerial images was quite common already in the 1950’s. The utilization of environmental data based on spaceborne satellite images started in the 1970’s. By the end of the century, we also had a possibility to utilize digital images and accurate GPS positioning to match remote sensing and field observations. The next huge step was taken with 3D point clouds, obtained first from light detection and ranging (LiDAR) devices but nowadays also from data of optical sensors, even satellites. Technically, we have reached the point where highly accurate remote sensing data can come from various sources. Not only from traditional aerial platforms but also from drones, mobile scanners operating on the ground, citizen science observations from smartphones (even LiDAR) or from other personal devices, to name just a few. Most of the modern forestry applications are based on the utilization of point cloud but the use of optical data is also common. There are also many different approaches to process the data. Time series of aerial images and satellite images have been collected already for decades but currently we also have multitemporal observations from other sensors.

Remote sensing data in forestry have been used traditionally as the auxiliary data in forest inventory e.g., in stand delineation, multi-phase sampling, classification of land cover classes and as a predictor variable in forest attribute models. Airborne laser scanning (ALS) based applications have been used widely in forest management inventories during last 15 years. New applications of remote sensing have emerged e.g., for inventory of non-wood forest products and collecting field sample plot data by smartphones. It is still notable that nowadays remote sensing provides data for numerous other forest science applications. For example, it is possible to characterize branchiness of a tree in relation to stem technical quality by applying terrestrial laser scanning (TLS). Digital elevation model (DEM) derived from ALS is important when examining stream extraction and soil wetness mapping within a forested catchment. Digital elevation model is useful also in the research of the carrying capacity for forest machines, especially on peatlands. Differences in pristiness between forest areas can be compared applying metrics of vertical point cloud data or long time series of optical remote sensing sensors. Correspondingly, even satellite observations can be used in the studies of phenology. In global biosphere models, remote sensing based leaf area index estimates quantify growth through net primary productivity. There are also applications such as taper curve modelling where data acquisition in the field earlier required destructive sampling or climbing into a tree. Nowadays, these data can be obtained easily by TLS. Applications include also characterizing and monitoring different natural hazards. Finally, it is possible to observe and monitor a tree, especially its crown, in exact details and multi-temporally. It could be said that remote sensing data are useful practically in all forest research where observations from forest conditions are needed (Fig. 1). This can also be seen from variety of the papers published in Silva Fennica during recent years. 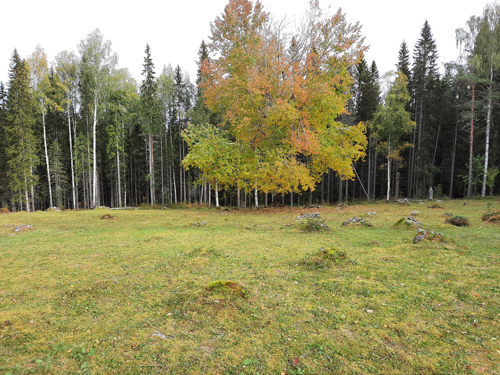 Fig. 1. The miracle of remote sensing. An old-growth European aspen (Populus tremula L.) floating in front of the forest border in the Koli National Park, Finland.

Although the applications of remote sensing data are already wide there are still many restrictions and bottlenecks. The application scale varies extremely. While some applications are global, some concentrate on just one tree or a stand. The smaller the research area, the larger the per area unit costs usually is. Thus, it also means that the detailed monitoring of some small targets would not be possible on broader scale. This is also related to operational use. The practical applications may not provide as detailed description of the target than as other sensors could do. However, the costs of more detailed description can be e.g., 1000 times higher than what it is possible in operational work. The pace of technical development in remote sensing is fast, but all new equipment cannot be applied in forests. Sensors should also provide exactly the information which is of interest. In some situation, it is also difficult to know what is needed. For example, in the case of tree quality, we must first define what we mean by quality in each case and is it something we can observe in situ. Still, the development of possibilities for applying remote sensing data has been rapid and huge. This development could be summarized by stating that the role of remote sensing has changed from being independent variables to being dependent variables.